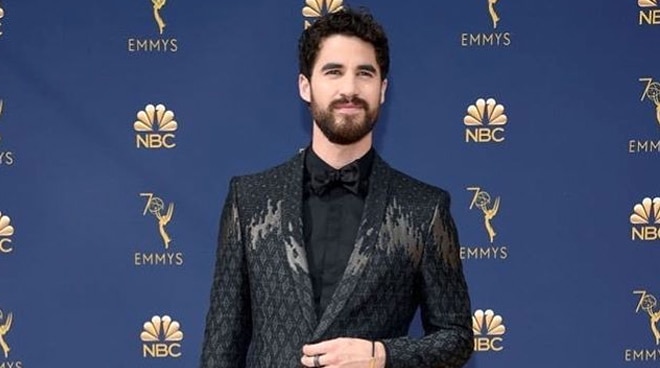 After first making a splash in the country as part of the hit musical television series Glee where he played the role of the lovable Blaine Anderson, actor Darren Criss does the country even prouder for being the first ever Fil-American actor to bring home a prestigious Emmy award during the show’s 70th season last September 18 in Los Angeles, California.

Darren took home the award for the movie The Assassination of Gianni Versace: American Crime Story where he played the controversial real-life killer Andrew Cunanan. ““I’m so very privileged to be in this room amongst so many people that inspire the living crap out of me and I’m so honored to be nominated, a lot of you guys I have been a fan of for such a long time,” he said.

During his acceptance speech, the 31-year-old actor couldn’t help but thank The Assassination of Gianni Versace director Ryan Murphy, who was also the creator of his breakout series Glee. “Actors are really only as good as the moments they are given and moments they are granted and so I am so profoundly indebted to my friend Ryan Murphy for entrusting me with this opportunity of a lifetime and for believing in me,” he declared.