Why did Alex Gonzaga delete her 'touchy' vlog episode with Fifth Solomon?

Alex Gonzaga shares that she had to delete the vlog episode where she jokingly touched Fifth Solomon's crotch. 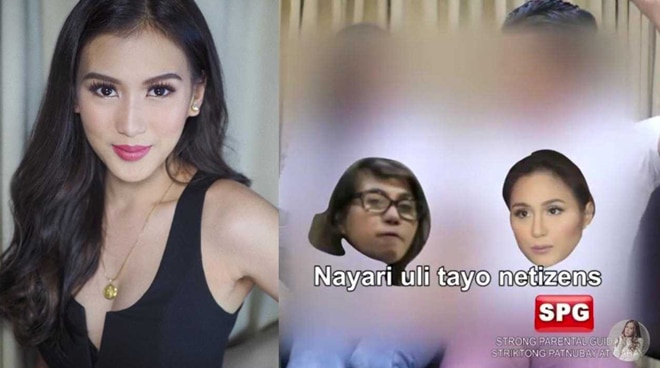 I Can See Your Voice sing-vestigator Alex Gonzaga deleted a previous vlog post where she jokingly touched Fifth Solomon’s crotch.

In the deleted vlog titled "OPM Covers by Alex Gonzaga," she did a prank on Fifth while they were singing with Nakakimutan Ko Nang Kalimutan Ka actors Jerald Napoles, Joj Agpangan and indie artist Keiko Necessario.

A new “wholesome version” is now uploaded on her Youtube channel.

Alex explained the reason for this in her tweet today, September 19, revealing she was called out by her parents and sister Toni because of the said scene.

In the new video, the “hipuan” act was already blurred and covered with cropped photos of the 'board of censors.' 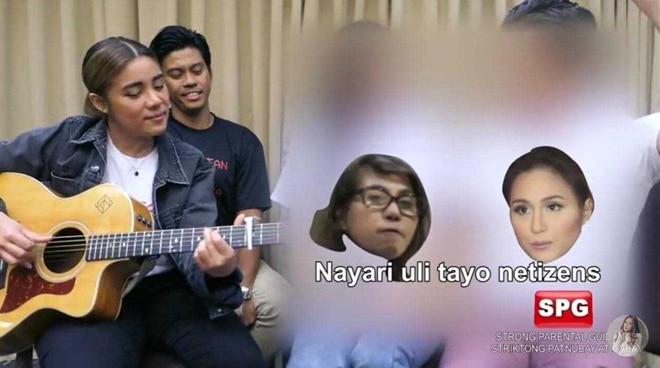 Alex and Fifth became close friends after meeting on Pinoy Big Brother All In in 2014. Fifth was a regular housemate while the actress was a house guest.