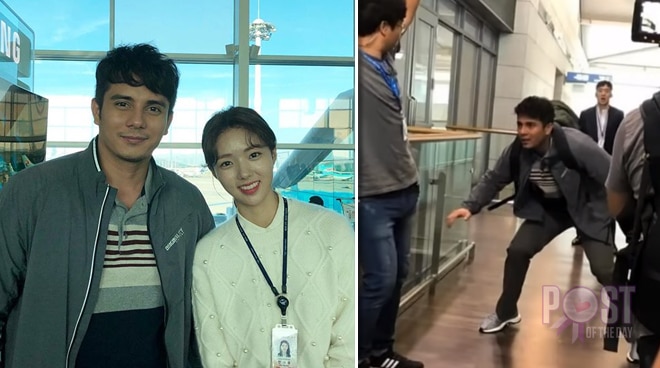 Ejay Falcon is currently in South Korea as he films for the drama 'Where The Stars Land.' The actor, who has recently shared some photos with lead actors Lee Je Hoon and Chae Soo Bin, has been in Incheon since September 17.

To give a glimpse of how Korean dramas are made, the former Pinoy Big Brother teen housemate also uploaded a video clip of one of his scenes on the show, where he is involved in a chase inside an airport.

Ejay will be returning to Manila on September 22.

A drama about airport employees, Where Stars Land will premiere on SBS on October 1.

Watch the show's trailer below: