Mystica and Rhed made their showbiz comeback via ‘Ang Probinsyano’ on Monday night, playing the characters of Rosa and Ana respectively. 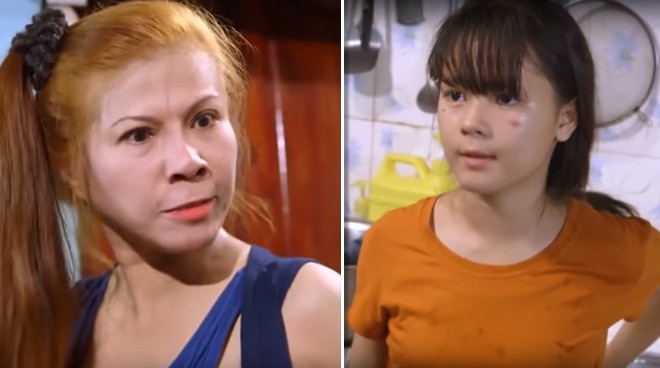 A second chance in showbiz were granted to Mystica and Rhed Bustamante after making their primetime debut on Monday night, September 17, in Ang Probinsyano. In the latest episode of the hit soap, Mystica played the role of Rosa, a hot-tempered woman who became furious towards Ana, played by Rhed, and her younger sibling.

Meanwhile, Rhed was also struggling to make ends meet. The young actress, who was once dubbed as one of the most talented child stars, was found selling food beside the railway in Sampaloc, Manila by the Sunday show Rated K. The young star shared with Rated K that when movie and television offers became scarce, her family decided to move into a smaller home. As she lost showbiz opportunities, Rhed chose to help her family by becoming a vendor. What shocked her fans even more was her revelation that she has a disease called incontinentia pigmenti.

In the same interview, Rhed expressed her desire to make a showbiz comeback so that she can help send her siblings to school. “Wish ko po may makatulong po sa amin para po sa pag-aaral  po namin tatlong magkakapatid,” she stated.

Watch the latest episode below: