Pokwang says her necklace is even more expensive than a diamond. 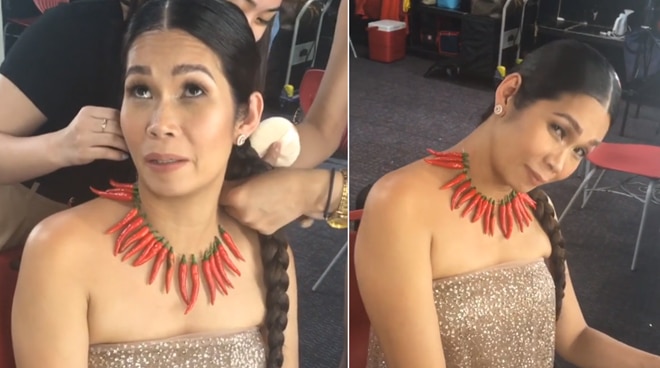 On Friday September 14, Kapamilya comedienne Pokwang took to Instagram and pulled off a timely skit about the recent price hike of ‘siling labuyo.’ As more memes and jokes about the massive price increase of vegetables surfaced on social media these past weeks, Pokwang could not stop herself from 'commenting' on the issue.

In the video, Pokwang called her assistant to get her most expensive jewelry, which was a siling-labuyo necklace. “Zia, akin na yang pinaka mamahalin kong alahas, yung mas mahal pa sa diamond.”

As of the writing, the video already gathered 387,000 views.

Pokwang is the lead star of the film, Sol Searching, an entry to the TOFARM  Film Festival, which is currently showing in cinemas until September 18.