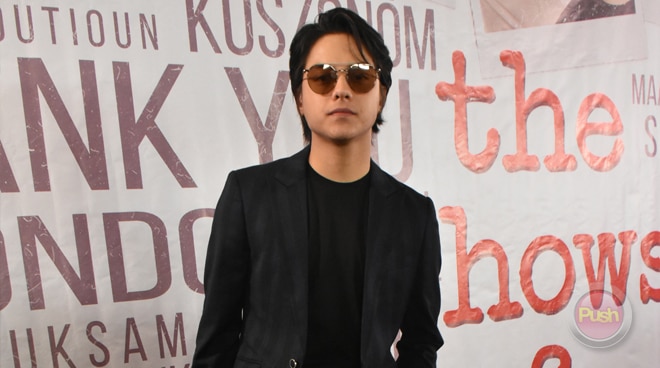 With the success of his movie The Hows of Us, Daniel Padilla said his next focus after taking a breather from work is to start preparing for his concert at the Big Dome in October. The Kapamilya heartthrob confirmed that his reel-and-real-life leading lady Kathryn Bernardo will be present at the D4: Daniel Padilla Back at the Araneta concert but definitely not as a performer. “Oo siyempre naman nandiyan yan. Pero hindi siya kakanta. Gusto niya lang for that night eh isa lang siyang fangirl ko (laughs),” he shared during the Kathnails SM Southmall branch opening held earlier this month.


DJ said he is proud of Kathryn’s upcoming movie project with Sharon Cuneta and Richard Gomez and added he would even be open to doing a cameo in the film if it was offered to him. “Ako excited ako sa pelikula na yun. Cameo? Hindi behind-the-cam ako, pasali. Let’s see. Huwag na kung pilit lang naman huwag na. Ang importante yung pelikula nila,” he said.

Daniel Padilla Kathryn Bernardo The Hows Of Us