TNT’s Steven Paysu decides to stay in Philippines for good

Steven Paysu has inked a contract under TNT Records and is enjoying success as a singer after his stint on Tawag ng Tanghalan’s 2nd season. 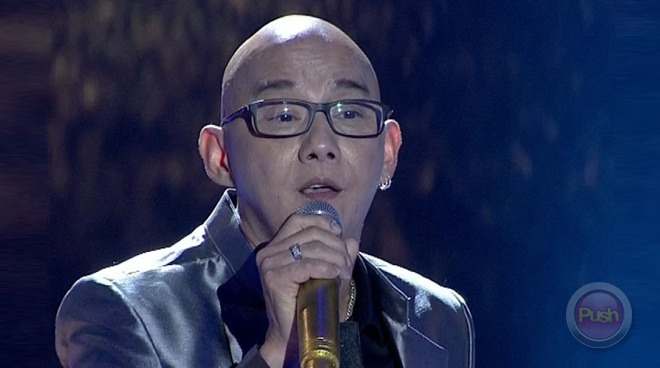 Fueled by his successes as a Global Tawag ng Tanghalan (TNT) Contender in November and ending up third place in the Huling Tapatan Grand Finals in June, former lab technician Steven Paysu from Fontana, California has decided to stay in the Philippines for good.

He has inked a contract in July with the newly formed TNT Records as among its first batch of world-class artists that have competed in the much-awaited segment on It’s Showtime.

TNT Records, along with its TNTV online platform, operates under the supervision of ABS-CBN and Star Music.

“I had wanted to pursue my dream as a singer,” says Steven, who used to be a band performer in Manila and Japan, before settling down in the U.S. as a husband and father of two daughters and a son.

To his fans, Steven is “Mr. Rhythm” for his soaring, heartfelt renditions of R&B, pop, and ballads.

“I will stay in the Philippines as long as people love and believe in my music,” the late-blooming belter adds.

Steven’s entry into showbiz has been received with open arms as part of original Pilipino music’s (OPM) new breed of artists. He is always accompanied by wife Melanie and young son Maven in attending to his showbiz commitments.

Getting his feet wet, he became one of the hurados of the TNT sa E Frequency contest for ABS-CBN employees in July and played to a sold-out audience in TNTV’s September Sound Series at the Music Hall in Metrowalk, Pasig City on September 10.

After a rousing TNT All-Star Showdown major concert at the Araneta Coliseum on July 28, Steven and fellow TNT singers including Janine Berdin and Ato Arman are expected to deliver an equally power-packed performance in the upcoming Visayas leg of TNT All-Stars on September 21 at the Hoops Dome, Cebu City.

Yet despite his busy schedule, Steven manages to keep his family together by attending church on Sundays, eating out, gaming with his son at the mall, and video chatting with his U.S.-based daughters as often as they can.

Finally, he shares advice to fellow OFWs who are setting their sights on returning to the Philippines for good:  “Adjustment is never easy, but coming back home to work and be with your family at the same time is priceless. Time can’t be bought. As long as you work hard, you’ll make it here. Be sure that every decision you make is guided by the Lord.”