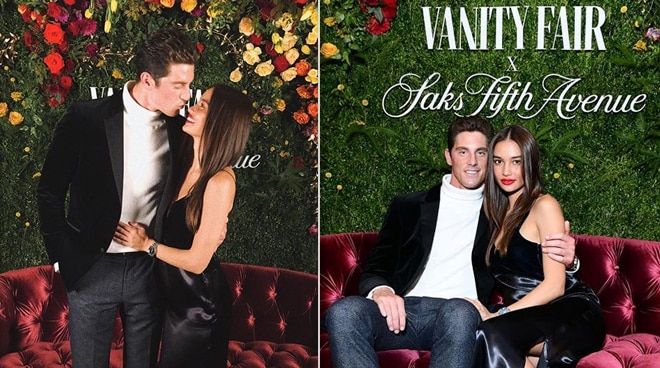 It is not only her professional life that is flourishing because Kelsey Merritt's love life is also blossoming more than ever. The Pinay Victoria's Secret model had a grand time with boyfriend Conor Dwyer at the Vanity Fair party. The couple were spotted really sweet to each other while at the fashion event.

Conor is a swimmer and a two-time Olympic gold medalist. Meanwhile, Kelsey has been modeling in the US before she landed a stint in the upcoming Victoria's Secret fashion show happening later this year.

At the Vanity Fair party with my date @conorjdwyer 😘❤️ @vanityfair