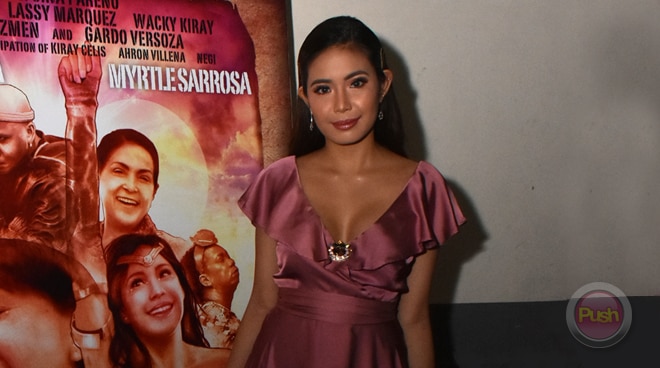 The 23-year-old actress said she waited six years for this kind of opportunity. “Yung passion ko for what I do, for acting most especially kasi through the years alam ko when I started I needed so much improvement so ang daming learnings and workshops na pinagdaanan ko. And minsan there’s a time na parang na iisipin mo dadating pa kaya yun or panghihinaan ka ng loob but it’s all in God’s plan,” explained.

The Wander Bra star also shared that at one point while waiting she did consider quitting showbiz. “Meron. Pero parang mas nauunahan pa rin siya ng passion mo to do this. Kasi nag-e-enjoy naman ako when I go to shootings, when I go to tapings, when I go to events. I love what I do,” she said.

When it comes to her personal life, Myrtle said she is happily seeing someone outside of showbiz. “I’m good. I’m dating someone but I don’t want to jinx anything,” she added.