John Prats also talks about directing movies with his exes. 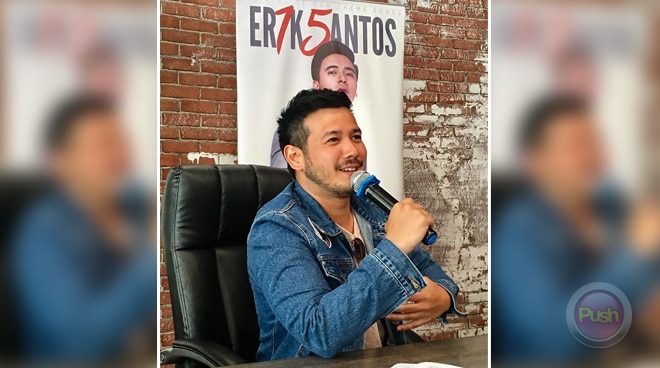 Aside from being an actor on FPJ’s Ang Probinsyano and a host on Banana Sundae, John Prats is now a director, taking the helm at concerts and music videos. At a press conference last September 11, John announced that he would be the director for Erik Santos’s 15th Anniversary concert on September 22 at the MOA Arena and a collaborative director of the Boys II Men with Divas concert on December 15 at the Big Dome.

John Prats directorial blog conference, here at the Cornerstone HQ. He will direct the Erik Santos’ 15th anniversary concert on September 22, MOA Arena. And he will also be a collaborative director on Boyz II Men with The Divas concert on December 15 at the Big Dome.

“After that week I received a call from Cornerstone, na si Miss K Brosas din gusto (ako) mag-direk, and then si Richard Poon. So dun na (nag-start).” he said.

“It’s a collaboration, there are two artists, the Boyz II Men and The Divas. I’ll be directing The Divas’ side. But to be part of it is amazing. Nakaka-excite pero ngayon gusto ko muna mag-focus kay Erik. Pero kinilig talaga ako when I got the message.”

Meanwhile, the 34-year old actor said that he is planning to direct a movie by next year.