Nadine Lustre on her relationship with James Reid: ‘We’re working on music together’

Nadine Lustre talks about her new movie and other blessings in life. 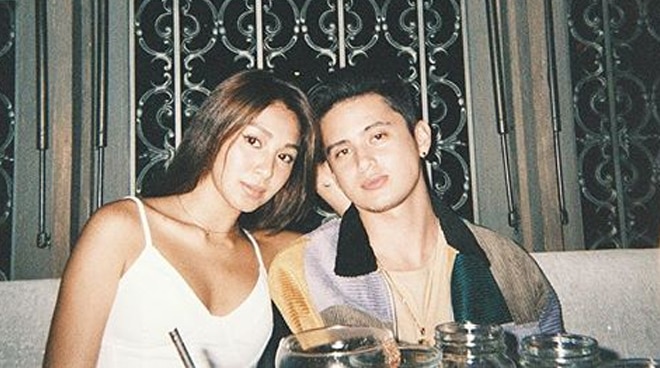 She may not be seen regularly on television lately but Nadine Lustre said she has been busy this year working on her music, launching her own makeup line, and being the newest brand ambassador of an international footwear brand. “Actually it’s the perfect time for because I am working on my album now. I don’t want to announce the album yet but I am working on music now. I’m just really happy that this is the perfect time for me and Skechers to collaborate."

“Right now I’m still focusing on the music. I just started writing my own songs. So aside from shooting Ulan and other endorsement shoots and other schedules like shows, I want to focus on music for now and maybe a little bit of directing. But music muna and the movie,” she shared during her shoot for the Skechers D-Lites campaign held last August 31.

If fans of the James Reid-Nadine tandem have been wondering what’s up with their favorite love team, Nadine said there is nothing to worry about even if they’re not regularly seen on TV or movies lately. “Me and James, we have our own stuff going on naman din on the side. It’s just that because of Jadine we have it’s like a collaboration. Me and James of course we’re still working together. We’re working on music together. He’s actually helping me with my songs. Siyempre I need someone who’s bihasa na sa songwriting to check all the stuff that I’m doing. So in a way parang ganun pa rin naman, nag-wo-work pa rin naman kami (together). It’s just that it’s not on TV or in movies or anything but we’re still collaborating with each other,” she said.