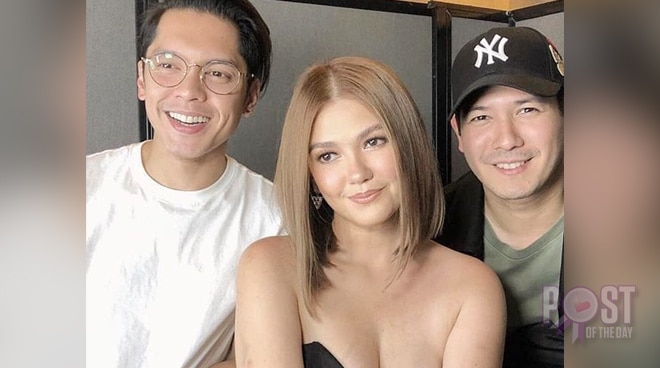 John Prats delighted ‘90s kids by posting a photo of himself with friends and former G-mik co-stars Angelica Panganiban and Carlo Aquino on Instagram.

John is still part of FPJ’s Ang Probinsyano and is a mainstay of the comedy show Banana Sundae with Angelica. Angelica and Carlo have paired up again for their upcoming film Exes Baggage.