New photos of the actress since news broke out that she already gave birth have surfaced. Snapshots of new mom Ellen Adarna hanging out with her barkada are now circulating online. A fan group of the actress has posted the said photos from the Instagram Stories of Ellen's friends. Ellen could be seen eating at a restaurant with her friends and roaming around the mall. In one of the posts of her friends, it read, "Missed this girl so much! So proud of you being a new mom." It was in July when the lawyer of Ellen confirmed that she already gave birth. See posts below: 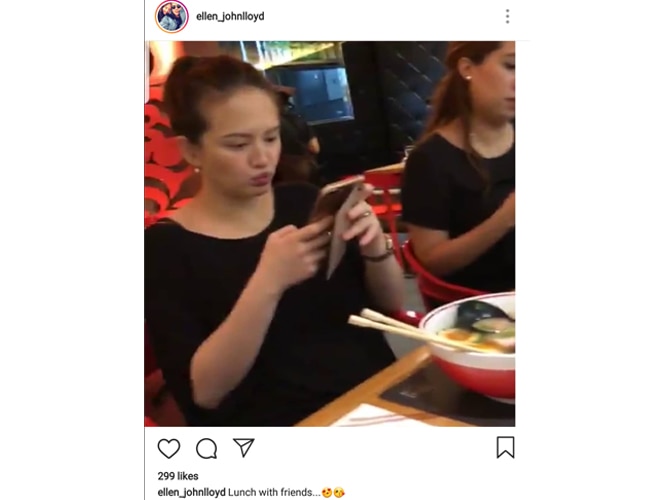