EXCLUSIVE: Ylona Garcia hints at the current state of friendship with Darren Espanto and AC Bonifacio 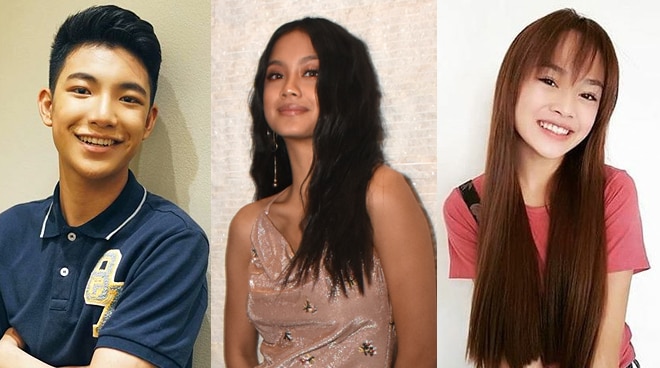 Just days after Kyle Echarri confirmed that he and Ylona Garcia decided to fix whatever came in the way of their friendship, PUSH caught up with the latter where she made it clear that her friendship with Kyle is still alive and kicking.

“Kyle and I have always been friends. And I don't see any bad blood between he and I. I'm always there for him and I always will be. And I'll always be there to give him advice if he needs,” Ylona said in an exclusive interview with PUSH during the ABS-CBN Trade Launch.

While Ylona and Kyle are still friends, fans are speculating whether or not things are going well between her and the rest of the Potato Squad, namely Darren Espanto and AC Bonifacio.

"I think we're okay. I mean I'm happy. And I heard they're happy, too. I think what's going on, if the fans really want to know, I think we're all just going through our personal things. We're all, I guess, a little too busy to be able to kind of see each other. We're all caught up in our own things,” she said.

Asked if she has any hard feelings toward Darren and AC, she answered: “No, I mean just spread love. Spread love. And that's the way to go.”