Who is the only Kapamilya actor Julie Anne San Jose wants to do a film with?

Julie Anne San Jose wants to work with a Kapamilya actor who happens to be the uncle of her rumored boyfriend. 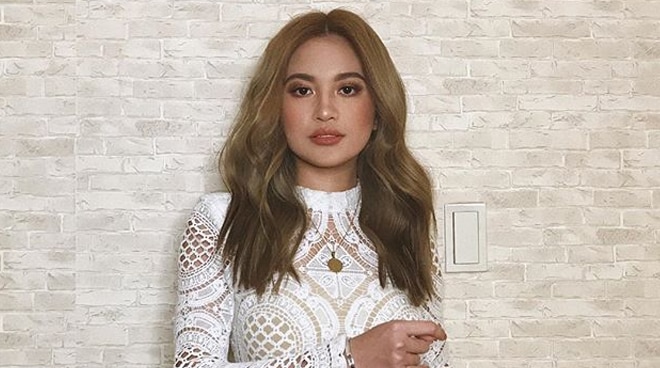 While Julie Anne San Jose previously expressed her desire to collaborate on a track with her fellow Universal Records artist Donny Pangilinan, she also mentioned the name of the Kapamilya actor she wants to do a film with if given a chance.


With several actors from the rival network getting to work on film projects under ABS-CBN Film Productions namely Rhian Ramos, Lovi Poe, and Dingdong Dantes, Julie Anne felt overjoyed by how borders between the two major stations in the country are slowly vanishing.

"It's just good to know that people are more open to working with everyone kasi ang art walang limits eh. Kasi when you're an artist, you're open to possibilities, and to work and collaborate with anyone. It doesn't matter kung anong station siya, kung anong channel or walang siyang group. Dapat open lang talaga," she said.

"Piolo (Pascual). No need for explanations. Piolo," she said, chuckling as she named the uncle of her rumored boyfriend Benjamin Alves as the ultimate actor that she wants to work with from the Kapamilya network.

Meanwhile, Julie Anne recently released her album Breakthrough under Universal Records which made it to number one on the iTunes charts.