The teaser has already gained more than 1 million views as of this writing. 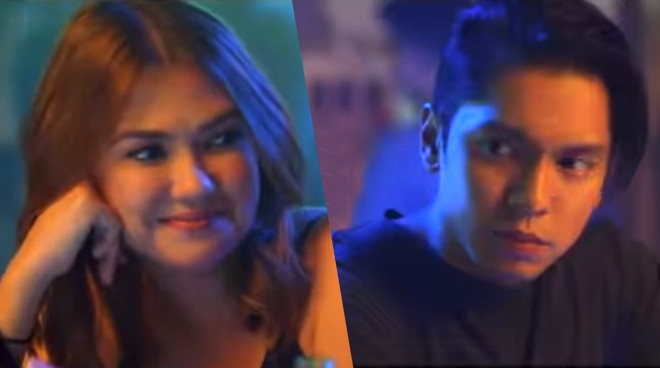 Angelica Panganiban and Carlo Aquino gave everyone a reason to get "kilig" and smile as the teaser of their upcoming movie "Exes Baggage" was finally released.

Directed by Dan Villegas, Angelica and Carlo's characters could be seen having a flirty and hearty conversation at a bar in the teaser. The release date of the movie is yet to be announced but fans are already looking forward to watching it in cinemas.

It took years before Carlo and Angelica worked again together in a project. The two stars were in a relationship before.

The teaser has already gained more than 1 million views as of this writing.