Anne Curtis, Erwan Heussaff are finally going off on their honeymoon just in time for their first wedding anniversary celebration. 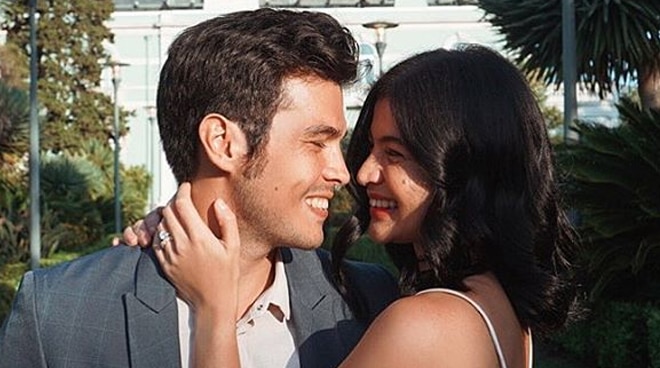 Anne Curtis and Erwan Heussaff's wedding ceremony was probably one of the most highly-publicized events last 2017. Having had a star-studded private wedding ceremony in Queenstown, New Zealand, many people thought the couple had already spent their honeymoon in the picturesque resort-town.


But as it turns out, Anne and Erwan have yet to have their honeymoon as they are flying to South Africa in November to celebrate their marriage, just in time for their first wedding anniversary.

Having been busy doing several projects this year, Anne revealed that Erwan has been longing to spend some quality time with her.

"Actually this year has been very crazy—yung schedule ko for BuyBust, Aurora, concert, Showtime. Actually ka-text ko siya kanina and he's saying na parang, 'When will I get to have dinner with you? Just the two of us' then sabi ko, 'Soon,'" she said during the presscon for her upcoming concert at the Big Dome.

That said, Anne will take some time off work to go on a "long leave" in November for her South African trip with husband Erwan.

"After this concert, I think mas kokonti na 'yung schedule ko. It will be more on Showtime na lang muna ang hihingin ko. And then, of course, we're going on our honeymoon in November. 'Yun talaga, may time naman ako for him. We're going to South Africa. We're very excited because it will be a long leave kasi one year 'di ba bago mag-honeymoon? Pinagbigyan niya ako dun, so I'll give this to him naman," she added.

Meanwhile, Anne’s AnneKulit: Promise Last Na ‘To concert is happening on August 18 at the Araneta Coliseum.