LOL! Daniel Padilla accidentally announces he needs to go to the toilet during a live show

A netizen uploads Daniel's "LOL" moment during The Anne Show in Thailand. 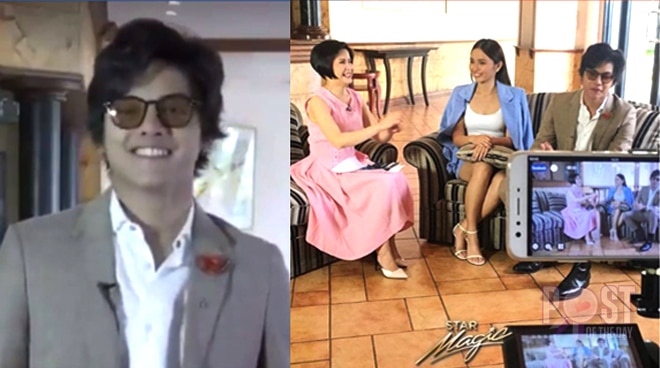 Daniel Padilla is just like any person when the call of nature strikes.

A video of Daniel accidentally saying that he needs to go to the toilet to poop is now going viral online. Daniel was unaware that his lapel microphone was already on when he said so. The actor alongside Kathryn Bernardo, were interviewed for The Anne Show, a popular talk show in Thailand.  The interview was broadcast via Facebook live and netizens were quick to capture the video of the the actor's unguarded moment.

It was after the interview when Daniel found out that the online world got to hear what he said to Kathryn. "Kala ko cinut eh... Bakit? Di tumatae artista ganon?!," Daniel humorously quipped.