The couple had a traditional Indian ceremony with their closest family and friends in attendance. 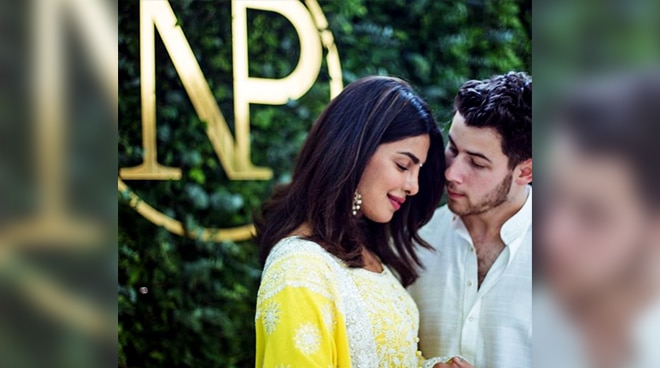 Following months of speculations about their engagement, Nick Jonas and Priyanka Chopra themselves confirmed that wedding bells are ringing anytime soon.

Verifying reports that the couple is expected to have a Punjabi wedding, Nick and Priyanka marked the beginning of their journey leading to the big day with one of the most significant ceremonies in Indian weddings - the Roka ceremony.

Sharing a photo from their engagement, the Indian actress flashed her engagement ring which is reportedly worth $300,000.

"Taken," she wrote. "With all my heart and soul," she added.

Taken.. With all my heart and soul..

Likewise, Nick Jonas also posted photos from the ceremony on his Instagram.

Chopra and Jonas both shared photos with their families in it.

Prayer, family and loved ones as the foundation to this new chapter. 🇮🇳

"The only way to do this... with Family and God. Thank you all for your wishes and blessings."

The only way to do this... with Family and God. Thank you all for your wishes and blessings 🙏🏼♥️🎉

Those in attendance at the special event held in Mumbai, Maharashtra included some of their closest friends and both sides of their families.

Rumors about Nick and Priyanka's relationship started circulating online after the two have been spotted together in several occasions including the Met Gala 2017.