The TV host put his dreams of becoming a medical practitioner on hold when he entered showbiz. 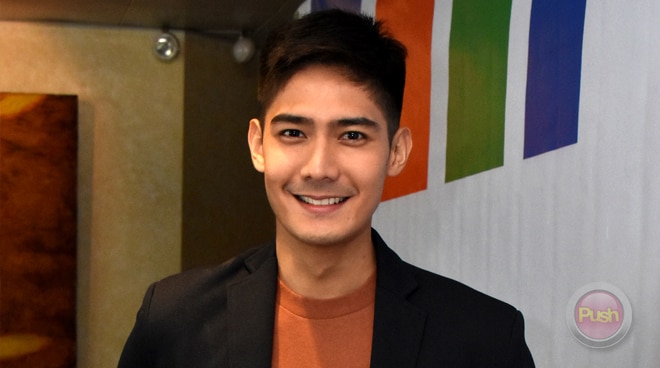 Despite a career in show business, Robi Domingo admitted that pursuing medicine was something that he still considered before.

In an interview with PUSH, Robi shared, "Before I would have [considered it] honestly. I had that episode wherein, hindi naman siya depression, but I just thought about things. Paano kung naging doktor ako? And my friends recently, we had a gathering. They told me kung gaano kahirap maging doktor. 'Yung iba [sabi sa akin] 'sayang hindi ka nag doctor.' 'Yung iba [sabi] 'buti hindi ka nag doktor.' But at the end of the day, I just realized that the main reason why I want to become a doctor is to put on a white coat and to help others," he said.

The television host remarked that even if he is not a doctor, there is always a way to help others. "Pwede rin naman hindi lang white coat ang susuotin mo para makatulong ka. Any kinds of coat basta an intention mo ang makatulong," he shared.

Robi relayed that together with his friends, they started an advocacy to spread awareness about health. "That's why instead of becoming a doctor, meron akong advocacy ngayon which is health information education which is information accessibility para sa mga kapamilya natin. It is an advocacy na pinupush namin ng kaibigan ko," he relayed.

He recently renewed his contract with ABS-CBN on August 16, Thursday. He remarked that he is forever grateful to the network for helping him build his career. "Everyday I think about that thought paano kung bukas hindi na ako kapamilya? Should I go back to studying, pursue my dreams of becoming a doctor or should I do other things? Pero na-realize ko moving to another network is not option. My career started here at ABS-CBN and I'm grateful to tita Cory (Vidanes) and direk Lauren (Dyogi) and I will be forever loyal to the Kapamilya [network]," Robi stated.