Iya Villania is about to give birth anytime now. 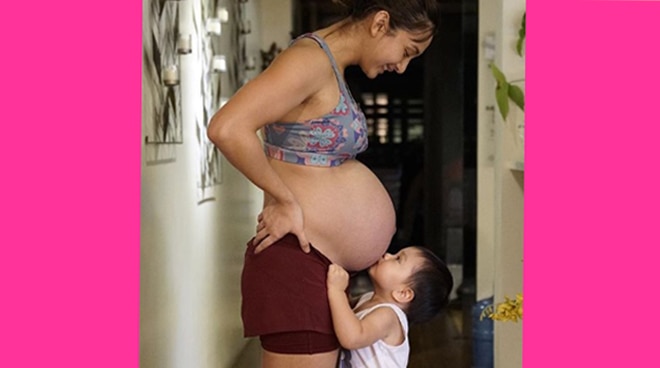 Posted on both of their Instagram accounts, Iya Villania and Drew Arellano captured this beautiful moment of their son Primo kissing his pregnant mom’s tummy.

Actress and TV host Iya, who’s 38 weeks (9 and a half months) pregnant, said in her post “Come on, baby bro! I’m waiting for you!” as they are all just waiting for the second baby to come out anytime now.

Iya also mentioned that she is proud of her stretch marks.

“And yes, if you look closely, you’ll see my stripes, I suppose I’ve earned them.” she added.