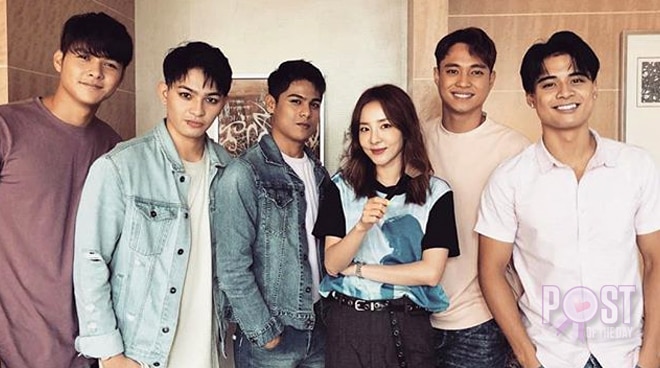 BoybandPH got reunited with Sandara Park. The K-pop star posted a photo of their reunion which happened when the boyband guested on Sandara's "Mimishop" show and "DaraTV" vlog.

"Mimishop" is Sandara's Korean reality show wherein she and other Korean celebrities provide makeovers to their guests. Meanwhile, "DaraTV" is her YouTube channel.

Sandara was one of the judges of Pinoy Boyband Superstar where Joao Constacia, Tristan Ramirez, Ford Valencia, Russell Reyes and Niel Murillo were discovered and formed as a boygroup.