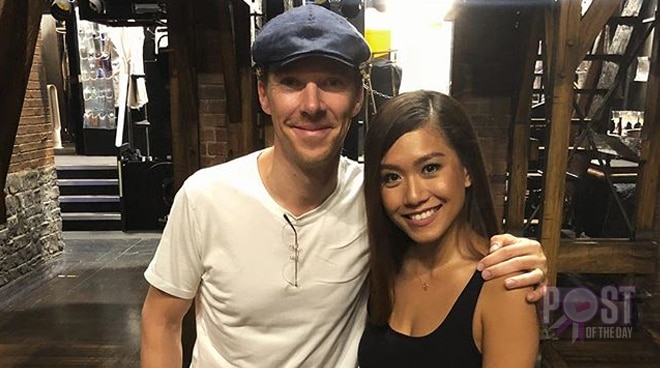 We can't help but feel jealous of Rachelle Ann Go who met British actor Benedict Cumberbatch backstage after one of her performances in the West End run of Hamilton.

Channeling her inner fangirl, Rachelle took to Instagram to share how honored she is to have met the Sherlock and Doctor Strange actor in the flesh.

“What an honor to have met Benedict Cumberbatch last night. He is soooooooo humble."