Anne Curtis reacts to netizen questioning her sincerity in helping others

Anne Curtis to complaining netizen: ‘At least may ginagawa kami. Hindi nganga and puro complaining on social media instead of doing something.’ 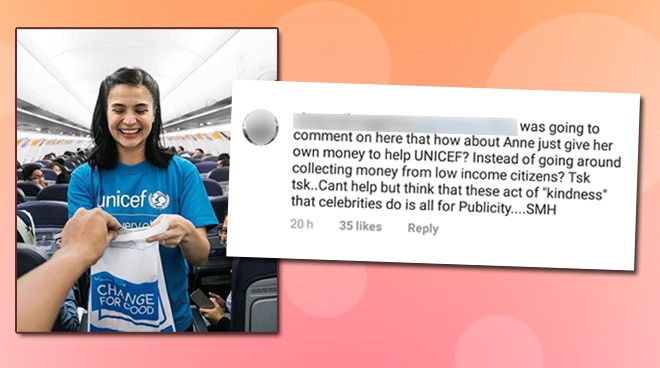 Anne Curtis defended herself from a netizen who was pointing out that she should have given her own money instead of asking help from ordinary citizens. The netizen even insinuated that the act of kindness shown by celebrities is just for publicity. Anne recently took part of UNICEF's “Change For Good” program, which was in partnership with a major airline in the country. Anne boarded a plane recently and asked around for loose change or "barya" from the plane's passengers.

The netizen wrote, "How about Anne just give her own money to help UNICEF? Instead of going around collecting money from low income citizens? Tsk tsk.. Can't help but think that these act of "kindness" that celebrities do is all for publicity.... SMH."

In response to the comment, Anne stressed that she has been doing her own part and has been donating her own money to UNICEF and her own foundation Dream Machine. "But for this specific project, the main goal is using where I am to inspire others to do good and donate loose change - only if they can. Mukha naman po silang masaya sa picture dahil nakatulong sila sa kapwa Pilipino nila," Anne stated. Anne shared how the project has helped a lot of children across the Philippines. She relayed that for this program alone, it already raised 40 million pesos. "Yes, I am proud to be part of a project that is making a difference in this world and will continue to use all my social media platforms to raise awareness and help inspire others to make a difference in the world and help our fellow countrymen. At least may ginagawa kami. hindi nganga and puro complaining on social media instead of doing something," she posted. 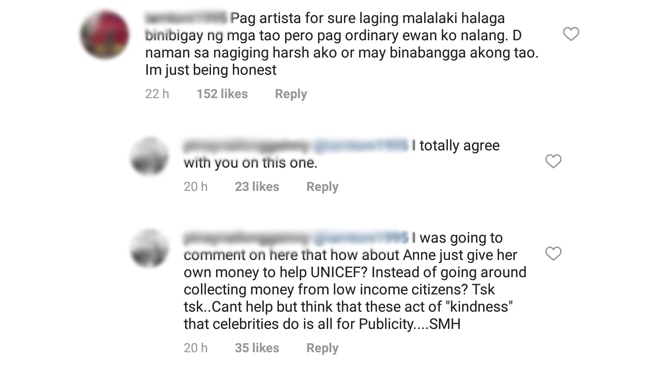 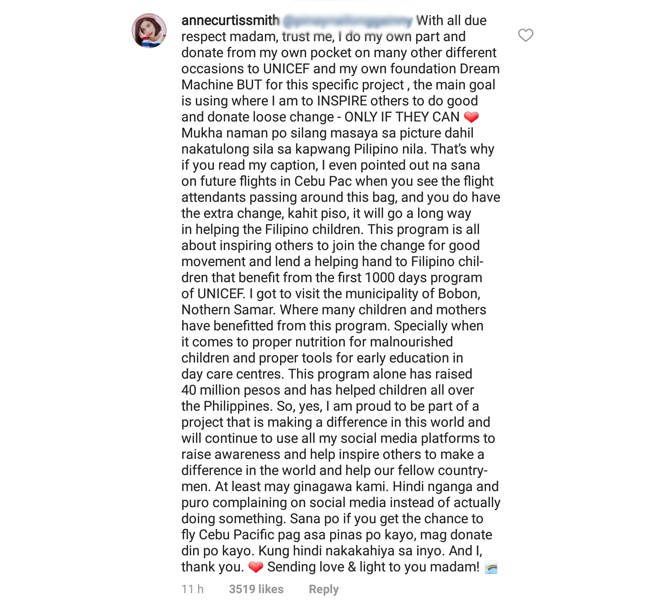