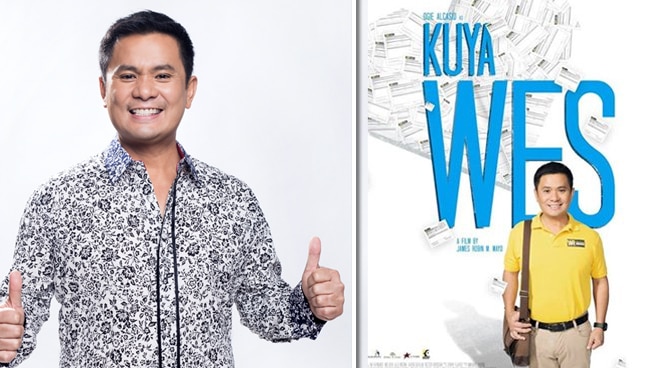 Comedian and singer Ogie Alcasid shared his experience in acting and co-producing an indie film for the first time at the pocket press conference for 'Kuya Wes' that happened on July 26 at the Cornerstone Office.


According to Ogie, it was his dream to be an actor and producer just like other filipino celebrities. “(Tulad ng mga pelikula nila) Vic Sotto, nila Daboy (Rudy Fernandez), nila Bong Revilla, bida sila, tapos sila na rin ang nagpo-produce. Sabi ko, ‘Sarap naman nang ganun. Gusto ko one day maging ganon.’ Little did I know it will actually happen to me, but first as a co-producer," he said.

The comedian also recalled the moment when he accepted the role, marking it to be his 38th film in showbiz. “When I read this one (Kuya Wes script), ‘di ko mabitawan, tawa ako nang tawa. At the same time, naiiyak ako inside. And then 'nung nabasa ko 'yung ending, sabi ko, ‘Wow, iba ‘to sa lahat ng nabasa ko... I love this,'” Ogie cheerfully said.

According to Ogie, out of his desperation, he sought help from friends to co-produce the movie. Few months after, Piolo Pascual and Erickson Raymundo of Spring Films joined Ogie to start making the film.

The film ‘Kuya Wes’ is an entry to the coming Cinemalaya Film Festival on August 3 to 12.

Directed by James Robin Mayo, the movie is about Wes, portrayed by Ogie Alcasid, who works in a remittance outlet and falls in love with a regular customer who had conflicts with her wife, portrayed by Ina Raymundo. The film cast also included Moi Bien, Karen Gaerlan and Alex Medina.