Bea Alonzo surprised fans when she appeared at the red carpet premier of 'Kusina Kings.' 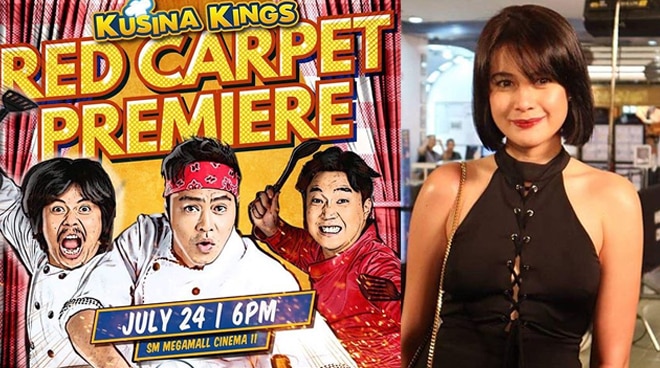 Zanjoe Marudo's ex-girlfriend Bea Alonzo graced the red carpet premier of "Kusina Kings" on Tuesday, July 24 to show support for the actor. Snapshots of the ex-couple made rounds online and even instigated kilig among fans.

In an interview with DJ Jhai Ho during an ABS-CBN Facebook Live at the premier night, Bea remarked that she really enjoyed the film.

When asked about her favorite part of the movie, she relayed, "Siguro 'yung cook off pero 'yung pa-action-action pa rin."