Meg Imperial: 'Bakit ang artista binabash nyo rather than the justice system that you guys are so into?' 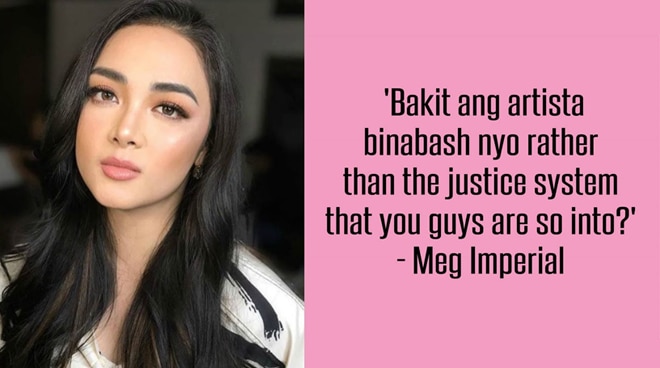 Meg Imperial took to Instagram to call out the people who have been encouraging moviegoers to boycott her new movie "Jacqueline Comes Home: The Chiong Story."

In her Instagram Stories, Meg stressed that the team behind the movie did its research and that they should not be criticized.

She added that people should be after the justice system and not the actors of the movie.

"Bakit ang artista binabash nyo rather than the justice system that you guys are so into? Why not the government if you want change? Or action regarding that matter? Why us?" Meg posted.

The actress added that people should know first what they are saying before bashing them.