Now United talks about their journey to becoming a global pop group. 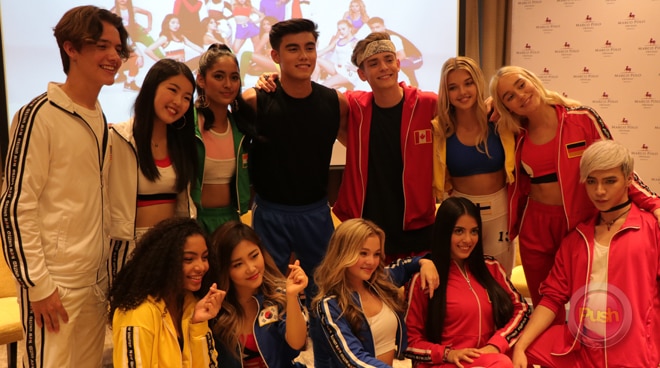 American Idol and So You Think You Can Dance producer Simon Fuller gathered 14 young talented people from 14 different countries to form Now United, a global pop group. The group made their Philippine TV debut with their performance on Umagang Kay Ganda last July 17.

Later that day, Wilbros Live and Frontrow held a press conference at the Marco Polo Hotel, in Ortigas and introduced the members of Now United to the Filipino fans. Promoting diversity and unity in spite of cultural differences, the pop group has a message of showing and spreading love through good music.

The group shared the process how they were formed. “Our mentor, Simon Fuller, he traveled around the world and looked for talent. He held auditions in each country. Then he brought all of us to a boot camp for a week, and we kind of had to compete with each other to see who would be in the group, and yeah we got the spot so we’re here,” said Any from Brazil.

Chinese member Krystian said that he looks up to some famous Asian pop groups. He said, “I personally like BTS a lot. As Asians they broke a lot of western charts and stuff. I think as an Asian artist, I’m really proud of that, and I think Blackpink is cute.”

The members told the press that it’s one of their goals to be successful and iconic as the Spice Girls. “We want to be as influential as iconic as them, but we also want to be Now United… We want to get to their level, but we’re going to be original” said Joalin, from Finland.

What’s the weirdest thing we’ve eaten on tour? 🍬🍭🍫U wanna know? Check out our interview with @buildseriesldn 👀

Fans can catch them live at Lucky Chinatown Atrium on Friday, July 20 at 7 pm, at the Eastwood Central Plaza on Saturday, July 21 at 6 pm, and at Venice Piazza Grand Canal Mall on Sunday, July 22 at 6 pm.