Will Devaughn on breakup with Roxanne Barcelo: ‘I don’t know if I’ll ever move on 100%’

Will Devaughn admits he is not ready to go out on dates yet this year. 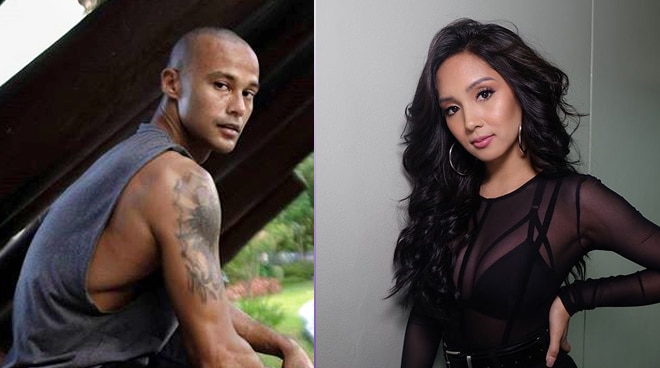 As part of Bell Films’ upcoming relaunch movie Kontradiksyon, Will Devaughn said he is happy with his role as a PDEA agent in his first Pinoy action film which also stars Jake Cuenca and Kris Bernal. “Passion talaga for me to do martial arts so it’s really just a dream for me to be accepted and to have that opportunity for this movie. So ang galing nga eh. It’s about preparing for something even though you don’t know its coming yet so I feel that that’s what happened with me here,” he shared during the Bell Film’s “Next Attraction” event held last June 30 in Taguig city.

After his longtime girlfriend Roxanna Barcelo broke the news about their split earlier this year, Will admitted his approach to work has adjusted to that of a single person’s mindset. “Definitely it has opened up a new realm for me as far as where I’m able to go and how I’m able to be as a personality. I like where I am at the moment. There are no restrictions. There are no limits really and I really appreciate the freedom naman. But of course you can’t help but always to think of moments, because we’re all on social media at the same time. But I think I’m in a good place and alam ko naman na she’s in a good place na rin,” he explained.

Even though it has been half a year since their split, Will revealed he is still not ready to love again. “My heart is, it is where it is. It’s floating as you can say. I’m still not able to catch it. It’s still floating and I’m in a place where I’m just trying to keep as busy as possible. I’m not trying to date or open my heart to anyone at the moment so I’m just focusing on myself, I’m building myself and finding a lot of amazing people in my life right now literally, a lot of really good friends. And I think that’s really important right now where I am,” he said

After a serious four-and-a-half-year relationship, the Kontradiksiyon actor admitted things are not easy but he has learned to accept the way things turned out. “I don’t know if I’ll ever move on 100% to be honest with you. But that’s okay. It is what it is. I know eventually it will all make sense. Maybe not now but eventually it will make sense,” he added.