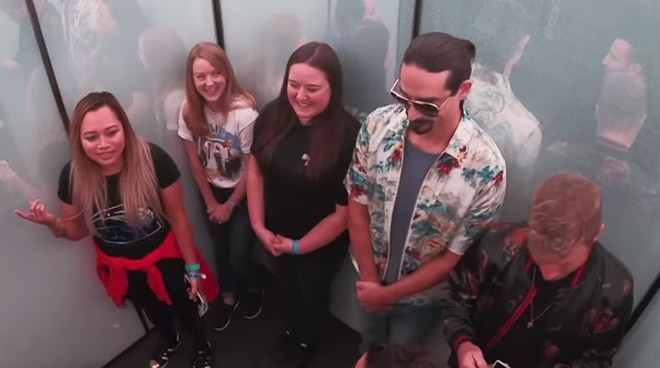 It was nostalgia at its finest when the Backstreet Boys surprised some lucky fans at MTV's New York headquarters with a sing-along session inside an elevator.

As part of their appearance in MTV's TRL segment, the members of ‘90s boy group gave unsuspecting people a surprise treat any fan would remember forever: to be trapped inside an elevator (at least for a few minutes) with their favorite artists. And yes, they got to sing along songs such as "I Want It That Way" and "As Long As You Love Me."

Backstreet Boys or BSB rose to fame in the early ‘90s and has since become one of the biggest boy groups in the world.