Megan Young admits she had problems dealing with people’s misconceptions

Megan Young: ‘For a time, I was really afraid to be myself.’ 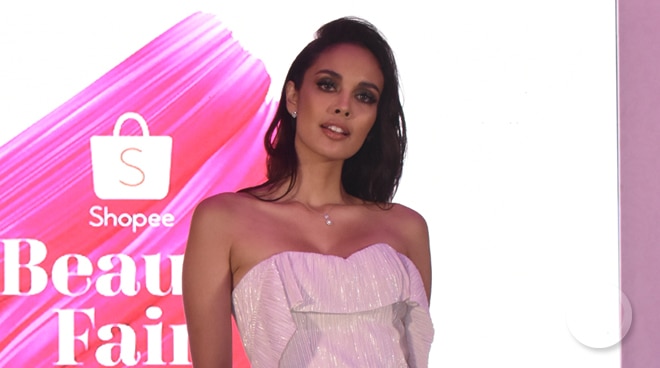 In 2013, Megan Young brought pride to the country as she brought home the crown and became the first ever Miss World. “Joining Miss World five years ago really took me out of my comfort zone and challenged me to be more confident. After being crowned, I realized I was in a position where I had the power to influence young women, and I wanted to do my part to encourage them to stand up for themselves.

“Every day, there’s always that struggle. Somebody’s going to try to put you down. Somebody’s going to try to say something about you and who you are,” shared Megan. Queen or not, she has had to do battle with quite a number of misconceptions, misplaced expectations, and unrealistic standards. “I used to just shrug off people who say insensitive or hurtful comments, but now I call them out and tell them they’re wrong, and I encourage all women to not be afraid to do the same.”

One misconception that Megan was quick to correct is the idea that it’s all about the looks. “Physicality-wise, it’s a beauty pageant, but there’s so much more,” explained Megan. “We all have our own advocacies. We have our own humanitarian work. And that’s something that I want to push in terms of pageantry. It’s about the work that we do, more often than not.”

Megan recalled a time when she felt so frustrated and helpless. “This was when Typhoon Haiyan happened in the Philippines. Sobrang frustrated ako kasi hindi pa ako nakakauwi. I was in London, working, and I wanted to go home.” Her boss took her aside and gave her a piece of wisdom that she took to heart. “She said, ‘We will go there and we’re helping out right now, but I want you to remember that you’re not superman. You can’t lift everybody up at the same time. What you can do is to help out in little ways that you can, and that small difference, when it all adds up, makes a huge difference to so many people. So, think in the large numbers. Simple things can make a big difference.”

At a recent event by Shopee, Megan, along with actress KC Concepcion and blogger-influencers, shared her personal journey as she worked to empower not just other women, but herself as well.

“After winning Miss World, there was definitely some expectations that people had about me because I was a beauty queen and I was presented a certain way. Whenever they’d see me, they would expect to see that and would even ask me where my crown was,” she shared. “For a moment, people forgot that there was person behind this image. There was Megan, who was, in some ways, a total opposite of the beauty queen image that people would have in their heads.”

Living up to society’s expectations does take its toll on a person, and for a time, it made Megan hide her real self. “For a time, I was really afraid to be myself. I was afraid to show people who I was without makeup, that I was into certain things, like video games. Although I would say it, I would be dyahe to post about it.”

Basically, it was about choosing to see herself and deciding that who she was, is enough. “It’s about knowing yourself, knowing your capabilities, and sharing that with other people.” Megan realized that when she was happy with herself, that positivity radiated to others as well. “Mahahawa din ‘yung ibang tao sa ugali mo, kaya dapat ikaw mismo, positive thinking. You have to learn how to spread that positivity, strength, and compassion to other people.

“It takes time. Knowing yourself doesn’t happen overnight, but it does happen when you continue to learn more about yourself and discover more about yourself.” It is a process, and Megan advised women to be patient with themselves. “Meet other people outside of your circle and outside of your comfort zone. Explore and see what else is out there. There’s never going to be that ‘aha!’ moment when you’re like ‘I know myself!’. You’ll just feel it. It really does take time.”