WATCH: TNT Boys are back on Little Big Shots US 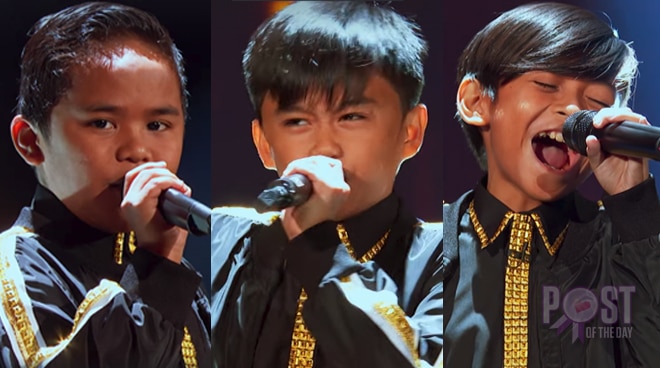 Francis Concepcion, Mackie Empuerto and Kiefer Sanchez aka the TNT Boys amazed the audience of the show Little Big Shots in the US with their comeback performance. The trio flawlessly sang Queen’s song “Somebody to Love.”


The three boys first appeared on the US version of Little Big Shots and impressed American viewers with their rendition of the song “Listen” from the Broadway show “Dream Girls.”

The clip shared by the show on Facebook has already earned 1.6million views in less than 24 hours. The TNT Boys are currently contenders on Your Face Sounds Familiar Kids Season 2.