Eric Quizon on likening Paolo Ballesteros to his father Dolphy: ‘I think he’s a brilliant actor’

Eric Quizon reveals which Dolphy classic film he plans to remake this year. 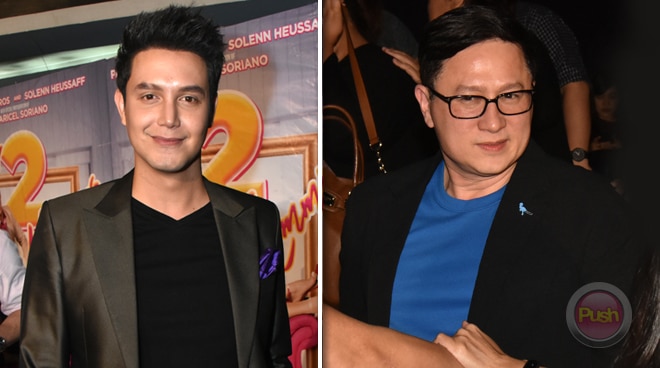 In his return to directing after nine years, Eric Quizon said he is happy to be working with talented comedian Paolo Ballesteros in the Regal Films Mother’s Day offering My 2 Mommies. “Ang maganda kasi kay Paolo he’s very witty. Kapag may sinabi ka, may sasabihin siya. Pag nag-take two, iba na naman yung sasabihin niya. I admire actors who are like that kasi daddy ko parang ganyan eh. So never a dull moment kasi nakikita mo yung dynamic, nakikita mo yung love for the character and for the work. And people who improvise like that are brilliant people so yun yung maganda kay Paolo. I think he’s a brilliant actor,” he shared.

Now that he is back to directing films, Eric said he plans to do a remake of his father’s 1978 classic film Ang Tatay Kong Nanay which was originally directed by Lino Brocka. “Sinabi ko kay Mother Lily (Monteverde) na parang maganda gawin, yung Ang Tatay Kong Nanay would be nice to do. I actually have Paolo in mind to do it but we’ll see. Pinaplano pa lang naman. A lot of the Regal movies in the ‘80s most of them are yung mga teenybopper movies and it would be nice to do something like that but the story naman will be around school, around family, so it’s going to be similar. It’s just a matter of coming up with new ideas and situations and new concepts basically. But watch out for more Regal movies na darating kasi madaming magagandang story ang ginagawa ng Regal,” he told PUSH.