TRENDING: Miss Tres wows everyone in Britain’s Got Talent 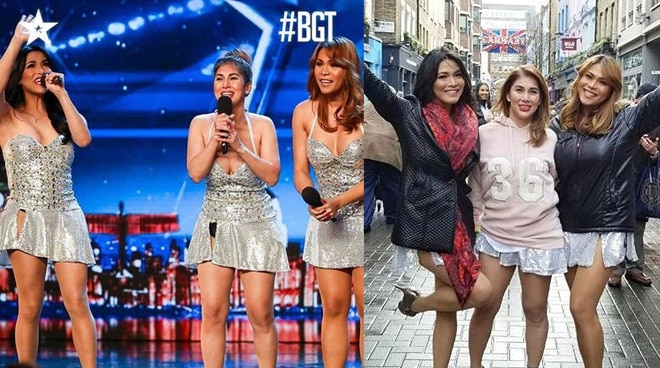 Three Filipina transgenders Mariko Ledesma, Mavy Cleofas, and Crissy Marie Rendon made Filipinos proud after amusing the judges and the crowd of Britain’s Got Talent. The trio, known as Miss Tres, shocked everyone when they introduced themselves with a feminine voice but transformed into macho men when they sang “Sex Bomb.” Judges of this season Simon Cowell, David Williams, Alesha Dixon, and Amanda Holden were stunned, too.

“Your voices were fantastic, you look amazing, you’re just so hot it’s unfair!” Amanda quipped then eventually voted “yes” along with the three judges, which means they’re now in the competition’s semi-finals.

Their performance is currently the #1 trending video on YouTube Philippines.

This isn’t the first time Miss Tres wowed the international crowd. Mariko, along with former members Mia Narciso, and Angel Sangalang, joined Pilipinas Got Talent Season 4 and the first season of Asia’s Got Talent.

After the positive feedback from their latest performance, the group released a statement, thanking everyone who supported them including those who criticized them. Mariko, the original member of the group, also dedicated their performance to her former groupmate Mia who passed away because of stage 4 lung cancer in 2016.

“To be honest po we did BGT not because of exposure, but to continue giving entertainment and to inspire most especially our LGBT community at higit sa lahat ay para ipagpatuloy ang legacy na naumpisahan namin ng namayapang mahal naming kapatid na si Mia Narciso.