Markus Paterson was a professional football player before joining showbiz. 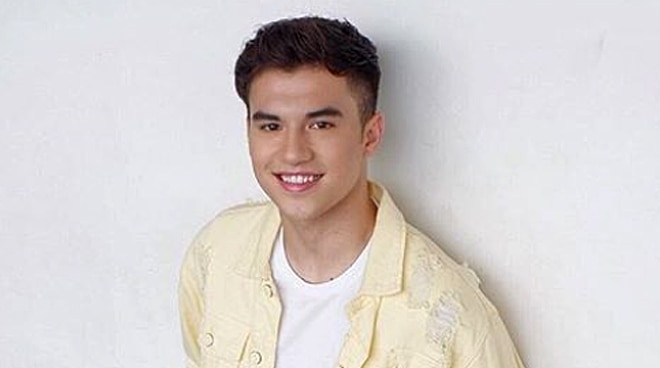 Before joining showbiz over two years ago, Markus Peterson said his life was focused more on sports, more specifically football (soccer) back in England where he was born and raised until he moved to the Philippines when he was 17. “I moved here to study actually and play football. I played football professionally for Kaya in the UFL and I was studying at Enderun Colleges and then I don’t know, showbiz just kind of happened,” he told PUSH.

The newest MTV Philippines VJ also shared that his acting experiences back in the UK were limited to theater. “I did theater acting in England when I was young. I played the lead in Hairspray. It was the worst experience of my life (laughs). I hated it. That’s why I hated acting so much when I was younger. But now it’s growing on me,” he recalled.

As part of the daytime series Sana Dalawa ang Puso where he plays Patrick, the son of Rachel (Aliya Parcs) the ex-girlfriend of Richard Yap, Markus said he is learning a lot. “I never really saw myself as an actor but now after actually being part of a teleserye and seeing how it works, being part of that kind of opened my eyes a bit because I’ve got projects coming up,” he said.

When it comes to his love life, the 18-year-old artist admitted he has only one local celebrity crush. “My celebrity crush is Kathryn Bernardo for sure. I love morena girls. Morena is my type. It’s just a crush lang naman. I love Kathniel fans because they’re so cool and they love me naman (laughs). Before everything started this year, I was a Moonchaser for a bit on La Luna Sangre and we conversed a bit and she’s just so super sweet and down-to-earth,” he said. Markus said his admiration is harmless and he is not looking for a relationship this year. “No, career muna. Alam mo naman (laughs).”