The actress-athlete shares the story behind viral video that led to her mom’s LTO license getting revoked. 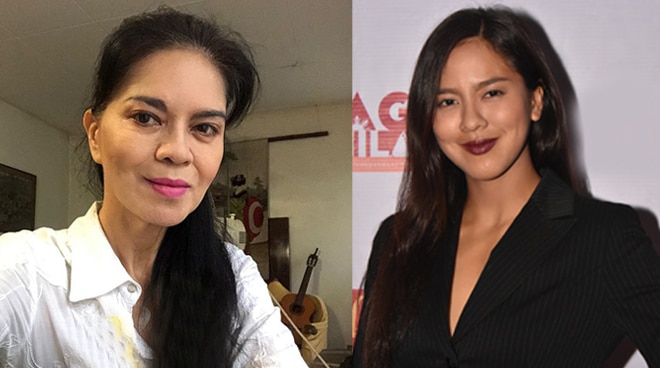 After a guest stint on the early primetime series The Blood Sisters earlier this year, Mara Lopez said she is busy working on a new cable series which also stars Albie Casino and Martin Escudero. “I’m currently finishing a series called Sleepless directed by Prime Crisologo Cruz. It was a movie with Glaiza De Castro and Felix Roco and now we turned it into a series that revolves around three partners. The guesting on The Blood Sisters was a really quick guest role but it was so much fun working with the whole team. Sobrang nakakatuwa kasi I worked with a lot of legends like sila Ms. Dina Bonnevie and Ms. Tessie Tomas,” she shared with PUSH.

After her mom got into trouble last November after a video of her making a driving violation went viral online which led to her LTO license getting revoked, Mara admitted people thought she was also there while it was happening. “Actually nagulat lang ako bigla na lumabas yun eh. So people think ako yung nag-vi-video nun pero kung ako yung nag-vi-video nun eh di sana kasama ako sa video. Pero, the thing is, what they didn’t cover is a lot of people did it. It wasn’t just her. I guess it was highlighted that it was just her because she was Maria Isabel Lopez,” she explained.

Mara said that the whole incident actually had a positive effect on her mom’s career instead of the other way around. “Oh my gosh that thing just made her more in demand (laughs). Kaka-start lang niya ng project na new ABS-CBN series with Joshua Garcia and Julia Barretto. It didn’t change anything. She’s doing great. Alam niyo naman si Mommy she’s just very open and parang for her she just didn’t think it was going to be harmful. But if anyone knows Maria Isabel Lopez, people know that ever since Survivor she will do whatever she wants to do and for her she didn’t see any harm in doing it. She was just having fun,” she said.