Mara Lopez talks about why she fell in love with these three surf spots. 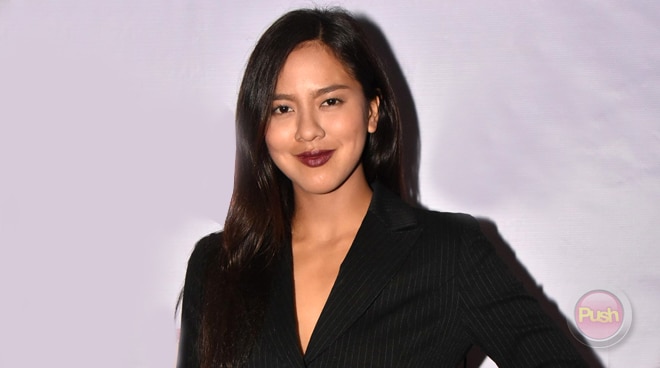 After finally wrapping up shooting Erik Matti’s action film Buy Bust, Mara Lopez said she is excited that they are getting closer to releasing it in theaters. “Nag-po-post production na kami ngayon. But it’s good kasi it gives us more time for post. I’m excited kasi first movie ko ito na I do my own stunts in an action film. And that’s really what I want to get into,” she told PUSH.

With her jujitsu training currently off-season, the morena actress said she is happy to focus on surfing and travelling when she is not at work. She listed down her favorite beaches in and outside the country and why they are special to her.

Reflection session 😌 So so good to be back at my home on the island, @haranasurf 🌊🌅🌺🌞

Found this beautiful gem hours away by motorbike on a @gromnationsiargao strike mission 🌴🌴🌴 A lot has changed since my parents brought me here 15 years ago..this island is in bigger trouble than we realize (the whole planet is 😭) It was so inspiring watching @jos.gon at work educating the next generation on ways to help Mama earth through his passion for surfing (more on next post 🤙🏽) #gromnation #siargao #siargaoislands #haranasurf #plasticfree

Surf buddies for life! 🤙🏽Thank you Kuya @manuelmelindo for taking care of me in and out of the ocean! 🌊 📷 taken by @fotosbyann before we paddled out for a sunset surf the other day! 🌺🌅🌅

It’s been a while... starting to feel a little weird being away from the ocean 😵 Thanks @kanar_ride_travel & @tropicdrone for capturing this session. Seriously learning a lot studying the footages you took 💙💙💙

Sometimes, I move too fast 😂 Always so far away from the sweet spot but I’m learning so much every session cause I’m surfing with my heroes.. 🌊 So so stoked. Thank you, @tropicdrone, @kanar_ride_travel & @tomsoupart for my first ever drone shot! @reef_ph, @haranasurf & @skyjetair for making this moment possible 😍 #siargao #siargaoisland #almostemptylineup #surf #drone #surferphotos #surfing #rights

“Siargao is one of the first places my dad brought me to when I was starting pa lang as a surfer. I was ten years old our last time there. It has changed so much and it needs protection. That island needs protection kasi it could be the next Boracay. It’s already getting there. It’s a beautiful island. It’s my favorite place kasi it’s not just for surfers. It’s for everyone that wants to have a good time, who wants to eat good food. Pero it’s definitely top of my list dahil sa alon. Pero even if you’re not a surfer ang raming dumadalaw dun kasi it’s just a good place to be if you want to eat. Para na nga siyang nagiging mini-Bali (Indonesia) eh. Parang ganun. Of course the progress is medyo scary di ba? But then it’s still on my top list even if it’s getting really crowded.”

Iceland: Her Most Unforgettable Beach

Protect what you love ❤️ Hey beautiful souls, there’s a beach clean up in Baler tomorrow from 7 - 8am! Swipe right for the details... please show up if you’re around the area! 🙏🏻 #surf #beach #cleanup #saveourseas #plasticfree #sunset

Easter egg hunt 💦 Happy Easter my loves! Sending you some love and light from my second home, @kahanamokubaler 🌅 📷by @jpsarm

This morning was beautiful ❤️ Quality time in the ocean with old friends and new found friends. We should really do more boat trips 🌊

“This would probably be my number one. I think I practically live there! It’s a five-hour drive from Manila. It’s so beautiful and there’s just so many places to visit even if you’re not a surfer. So you can still do so many things. After Baler, Catanduanes is second on my list because it’s so secluded but still so pure and beautiful. It’s super nice there. I don’t go there a lot because it’s a little bit far. It’s just a one-hour flight so it’s still part of my top three here in the Philippines.”