What are your favorite celebs up to this summer?

Whether it’s all work and no play, your favorite personalities share their plans during the summer break. 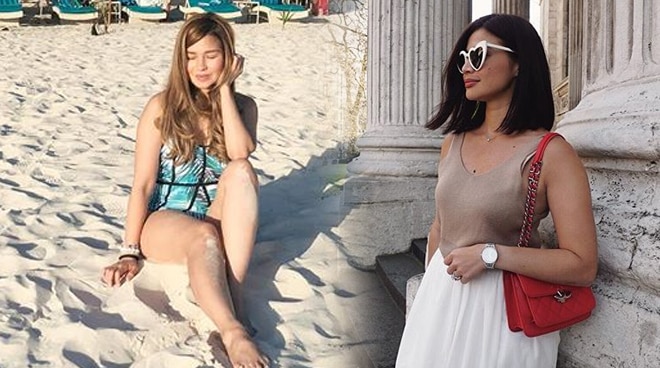 “I haven’t been home to England in a long time and I miss my family there. So if I could get maybe a couple of weeks off I’d fly back to England and spend time with friends and family.”

“This summer, my six-year-old son is competing for taekwondo sa LA so yun yung prini-prepare namin lahat yung family. He’s been studying it for two years. He’s a blue belt but because he just turned blue belt here in the competition he’s competing for yellow belt. Kaya naman win or lose, yung support talaga yung kailangan and we want him to experience competing not just here but also abroad.”

“I have a couple of trips puro beach na naman. If hindi pa isasara ang Boracay, babalik ako for Henann (Resort) and then Cebu kasi they’re going to open an adventure park for kids kasi we were there at Solea Mactan two weeks ago and then they’re opening it end of April or May. And then of course Fuego, Batangas. My son really loves the beach so as much as possible dadalhin ko siya hanggang walang pasok and then may mga work.”

“Originally we were planning to go to the States but all the plans were put on hold for now because walang makitang time.”

“Amanpulo. I haven’t brought the kids there yet but me and my husband Jimmy went there before having kids and it’s just such a great place. This was in 2011 and we always said we’d bring out kids back there. We had our honeymoon in Maui and we went to Amanpulo after our honeymoon. Dapat Amanpulo na lang kami nag-honeymoon. People would say it’s so expensive there but for me it’s really worth it talaga.”