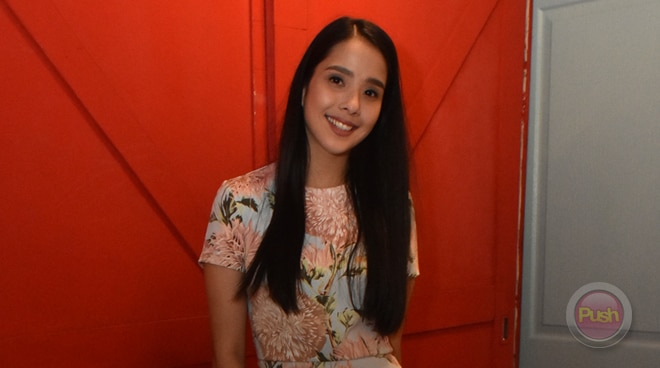 More than three months since she tied the knot with Rob Mananquil, Maxene Magalona said she and her husband are still living their lives the same way they used to.

“Ang usapan naman namin ni Rob, kumbaga ‘yang wedding namin is just a celebration. After nun, tuloy ang buhay. Kumbaga we will still support each other in our individual dreams. Like with him he’s also pursuing his music and ako rin tinutuloy ko ‘to [acting]. And ako naniniwala talaga ako na what’s meant for me na projects ‘yun ang mapupunta sa'kin,” she said during the opening of an all-day breakfast shop near ABS-CBN which she co-owns with her family.

But is she ready to have babies anytime soon?

Maxene also shared that she and Rob will limit their children to two kids only.

“‘Yun nga lang I mean I come from a big family of eight children so kahit gustuhin ko man magkaroon ng more than - I would not run eight kids but dahil nga sa situation na ibig sabihin ganitong edad ako nagpakasal and then ito na ang age ko now, I will have to -  siguro mga two to three kids banyan. Kasi nga given my age task we need to be realistic din- hindi naman bahay-bayahan lang ‘to,” she said.

The 31-year-old star also expressed how thankful she is for having a supportive husband in Rob.

“But siyempre I mean I’m just very, very excited and very blessed to have a partner who’s so supportive. Talagang loving in all kinds of ways. I’m just happy to be going on this journey with the right person,” she said.