Angelu De Leon talks about her realizations on her road to recovery. 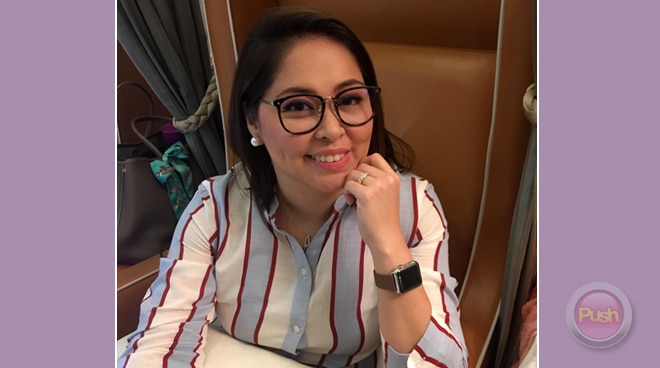 After suffering from Bell’s palsy two years ago, actress Angelu de Leon was happy to share that she has fully recovered from the medical condition characterized by paralysis of the facial nerve, causing muscular weakness on one side of the face. “There’s still a remnant of the Bell’s palsy that I had but all glory to God kasi hindi siya ganun kalala and I’m still able to act. I’m still able to do the normal things and it doesn’t get in the way. It has also taught me to take care of myself talaga,” she shared during the Skechers Sandals spa party event held last March 21 in Quezon City.

The 38-year-old actress admitted the condition was also triggered by stress which she has now learned to manage more efficiently. Angelu said that now that she has fully recovered, she just needs to make a lifestyle change and is more aware of her body now. “Minsan wake up call yan ni Lord na parang pag masyado kang nagiging alipin sa salapi (laughs). Siguro sometimes you feel you’re invincible, alam mo yun? Kahit sabihin mong you aged and then you need vitamins pero ikaw parang, ‘Hindi, kaya ko pa naman kasi I feel okay, ganyan.’ You should also listen to your body because the best doctor is your body. It will tell you before anything gets worse ikaw naman talaga yung makakasabi,” she told PUSH.

As a doting mom, the Skechers Sandals celebrity guest said she enjoys a work-life balance of acting and raising her kids. Angelu described herself as both a cool and strict mom. “I think I’m both because with my two children talaga I was the disciplinarian. I want the status of a mother but I also want that vibe that I’m very open, my kids know na hangga’t hindi nila na-be-break yung trust ko nasa kanila yung trust ko. So lagi kong sinasabi na you’re privileged to have what you have now but when you do something because of a wrong decision, there are consequences and they have to deal with it properly,” she explained.