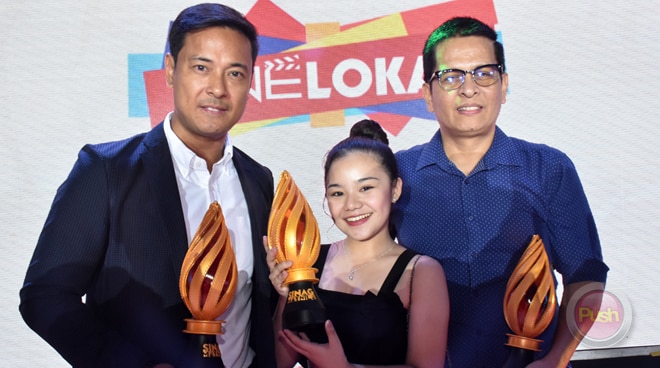 “Let us continue doing Filipino films with Philippine stories with Filipino culture. Huwag po tayong titigil sa paggawa ng mga kuwento regardless of the genre, whether it’s comedy, whether it’s horror or whatever. For as long as there is a Filipino spirit in it. Yun lang po. Maraming salamat,” he stated.

Full-length film “Bomba” was the big winner with seven awards awards while “A Tale of Lost Boys,” Joselito Altajeros’s story of a Filipino mechanic and a Taiwanese student, shot in Taiwan, brought home the Best Picture award.

Here is the full list of winners from the Sinag Maynila 2018 awards night:

Sinag Maynila 2018 runs until March 15 at selected SM cinemas. The local film festival is made possible by McDonalds, in partnership with FDCP and CineLokal. SM and SM Cinema is the official venue partner.