Karylle and Yael Yuzon reveal secret to their marriage: ‘I feel like we’re in a sitcom’

Karylle and Yael Yuzon share how they can work together without fighting. 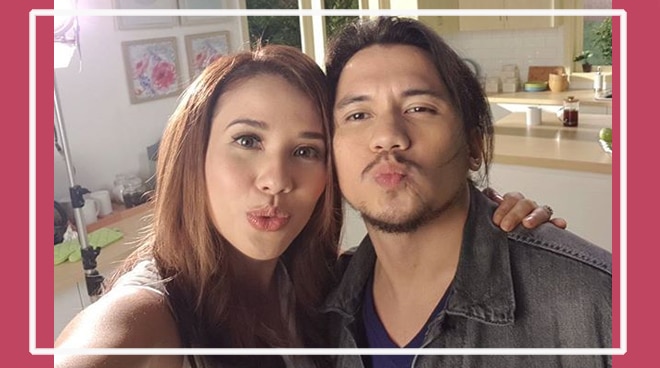 Being married to a fellow musician has become an advantage for Karylle who always gets advice from her husband, Sponge Cola vocalist Yael Yuzon. “I’m doing recording and some mornings I go to Yael and say, ‘Can you check this song before I record it later?’ and it’s kind of hard because he has a lot of hits. But aside from that we do a lot of shows. Yael’s been doing so many gigs. I just finished two concerts. We did a festival here with my band and his band also is doing gigs everyday, sometimes twice a day. The one I watched recently was the UP fair. It was super fun. I took the video,” she shared during the BelVita Breakfast presscon held in Quezon City.

The couple will be also busy creating more beautiful music together this year according to Yael. “We’re releasing an album soon but I keep forgetting that part because the world doesn’t really operate in albums anymore. So we’re going to be releasing songs online very soon. We just came back from Dubai. And I edit videos because I enjoy that. Some people think it’s work, me I think it’s art. It’s like I love editing using iMovie. People who edit laugh at that every time I know because it’s iMovie that’s for kids. Well the thing is I am a kid. I am essentially 19,” he said.

As the newest endorsers of BelVita Breakfast biscuits, Karylle said she is happy to be working with her hubby. They also both start their days early because of her It’s Showtime hosting duties. “It’s hard because my work is at lunch so sometimes we have late lunch and breakfast has to be quick and easy. So that’s why it’s perfect for us yung BelVita. Yael will brew me a cup of coffee and I’ll have it to go. Last week was crazy for him, so this is how we keep up with work and just being together. We get to hang out with three Shih Tzu’s at home and that’s pretty cool,” Karylle shared.