EXCLUSIVE: Karylle and Yael Yuzon share details of moving into their new house

Karylle and Yael Yuzon admit they had the sweetest Valentine’s Day this year. 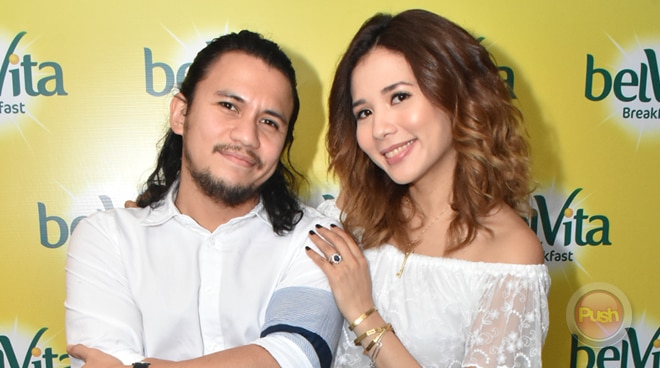 During their first product endorsement together as a couple, singer-host Karylle and SpongeCola vocalist Yael Yuzon admitted they had a busy but romantic Valentine’s Day. Aside from giving her hubby Star Wars and Marvel shirts, she also prepared something personal for him during his UP Fair gig. “I had a concert in Manila House. So we celebrated it earlier but my gift to him was my video that I shot in the mosh pit,” she shared during the BelVita Breakfast presscon held last February 20 on Quezon City.

Yael said he also had a busy day last February 14, but he still wanted to give his wife a day to remember. “I had a concert in La Salle Lipa that day and I surprised her. We went to Holy Smokes in Poblacion. It’s a great place. And I pretended that I wasn’t on my way. She asked where I was and I said, ‘I’m in the house. I’m not on my way there.’ And then, ‘Tada! Hello let’s have dinner,’” he recalled.

Even though they have different projects, Karylle said moving into a bigger home was a joint decision. “We got a good deal. I’m all about the good deals (laughs) and perfect timing. When I talk about discounts buy one get one which are my favorite things. I grew up in the tiangge kasi my dad had a clinic right above a tiangge so I’m all about that,” she said.

Along with their three dogs Lucky, Mini Me, and Vicesky, Karylle said they are excited to have more space to move around in. “Right now we’re renovating. We bought a new home. We’re kind of in a transition but it’s an exciting time for us. That part is a bit of a challenge. It’s a happy, happy thing because it’s a bigger space and everything,” she added.