Nadine Lustre set the online world abuzz after director Antoinette Jadaone's profile did not appear on the list of accounts she follows on Instagram. 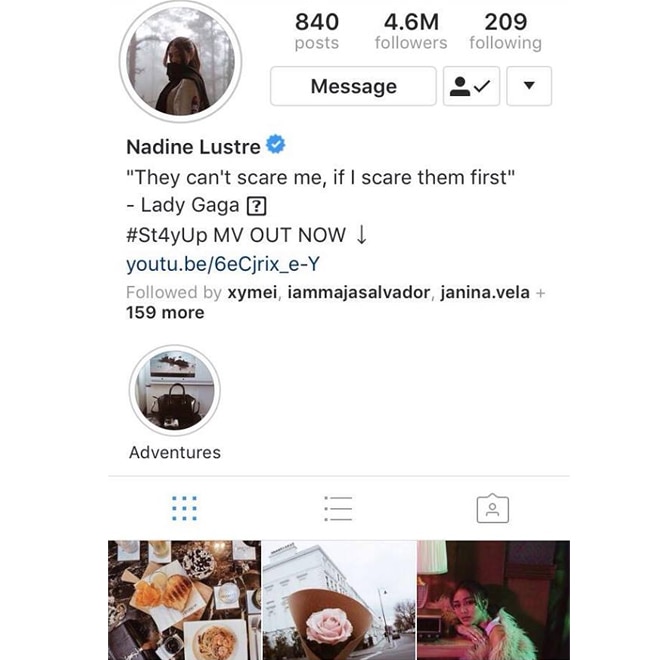 In an interview on 'Tonight with Boy Abunda,' Nadine remarked that she missed her shooting days because of health reasons. “I guess kasi the shoot has been pushed back, lalo na lately ,Tito Boy. Last week, nun weekend kasi na ‘yun, before that, I was getting sick, fever, headache and then body pain and later we found out that I had an inverted cervical curve, it means my neck instead of going out, it goes in. And then I have scoliosis also which causes the headache and the fever, lahat, tito Boy,” Nadine  said.

Direk Tonette also worked with JaDine in their previous projects 'On The Wings of Love' and 'Till I Met You.'