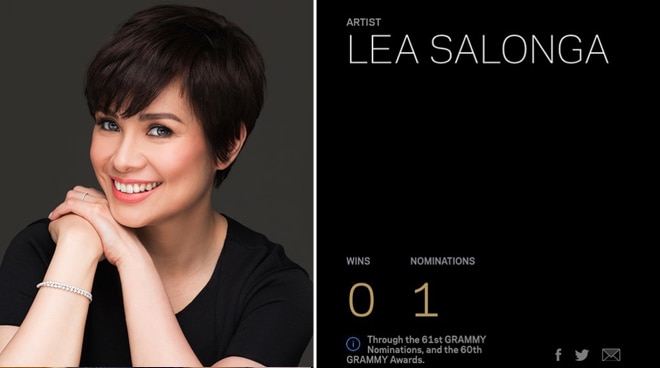 Broadway singer Lea Salonga took to Instagram to express her joy after finding out that she got her first Grammy nominations. Lea, who was skeptical at first, said that she actually had to go to the website to see if the good news is true.

“I am officially a Grammy nominee!!! It may be a while before I get any sleep tonight! So thrilled to share this with my Island family,” Lea wrote.

Lea was nominated in the Best Musical Theater Album category with the album “Once On This Island.”

The Grammy Awards or the Grammys, “is an award presented by the recording academy to recognize achievements in the music industry.”