"Regardless of his tainted image over the years of wrong choices in his life, there are great accomplishments and contributions that he has made to his friends and to the music industry," sabi ng dati 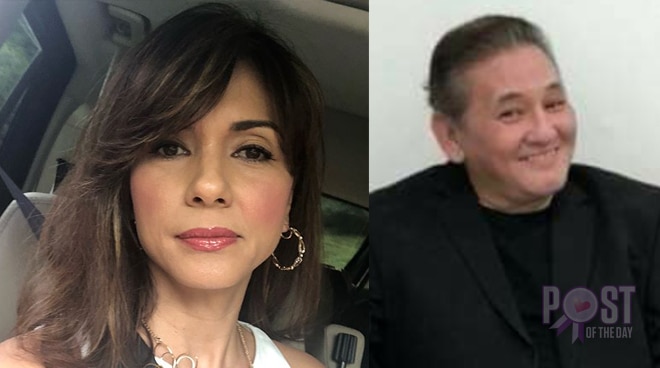 My brother Richard Merk has been in show business for over 50 years. I don’t post about serious topics but this time I feel as though I need to say my piece. He is in ICU at Medical City and once more fighting his own battle with “Life”. The cards that he was dealt with... all his life, the ups and downs, the challenges, the good and the bad.

If you know Richard Merk, you’ll know what I mean.

And if you’ve experienced being around him these past 20 years then you’ll really know what I mean.

I believe that us Filipinos are very forgiving.

My brother is once again in the midst of all things that can possibly destroy one’s life.

He can’t seem to find strength and love from the most important people in his life.

But the good news is, God is Good! And God doesn’t forsake. He forgives and heals.

And my brother is trying to turn his life around. As the New Year rings, I pray that he will get through all negativity that surrounds him and pray for the chance to be renewed once more.

Richard Merk has always been known to have a very big heart. He has helped a lot of musicians in the industry. His talent is incomparable. And people in the business know that.

Regardless of his tainted image over the years of wrong choices in his life, there are great accomplishments and contributions that he has made to his friends and to the music industry.

A man who is once more trying to change his life, who are we to judge?
“Habang May Buhay” we should never give up and we should always be given a chance to change for the betterment of our lives.

No matter how old we are.