Miley Cyrus and Liam Hemsworth get married before Christmas 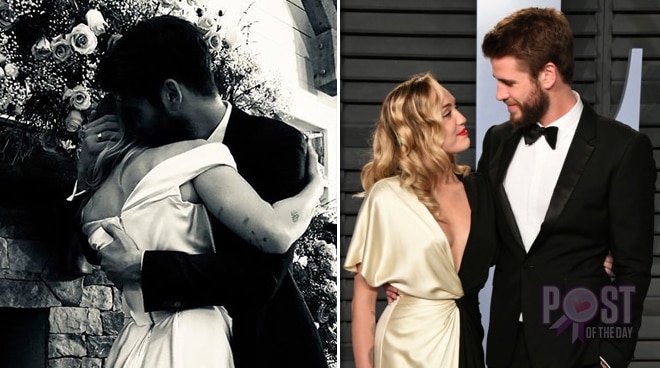 After a decade of on-and-off dating, Miley Cyrus and Liam Hemsworth finally tied the knot last December 23 in an intimate ceremony attended by family members.

The couple first met when they were paired together in the 2009 romance “The Last Song.” They first got engaged three years later but broke it off until they finally rekindled their romance in 2015.

A day after rumors about their wedding went viral on the internet, Miley shared their photos to her 77.4 million followers on Instagram. She captioned one photo, “This is probably our one - millionth kiss ….”