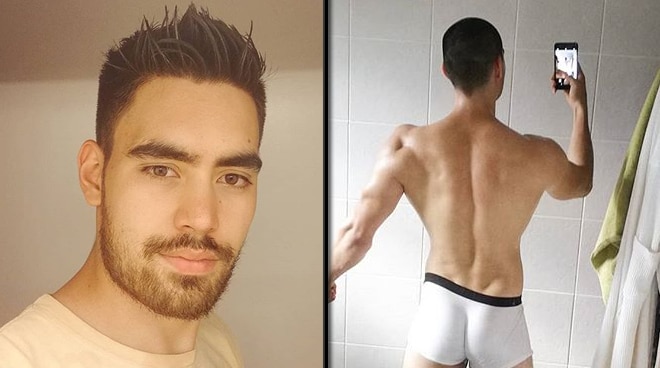 Clint Bondad, known to many as the boyfriend of Miss Universe 2018 Catriona Gray, recently received backlash from netizens after taking to Instagram a mirror selfie exposing the back view of his body.

According to the Filipino-German model, the selfie was inspired by watching the swimsuit competition — probably pertaining to that of the Miss Universe’s —  and described the feeling as “liberating."

One critic disapproved of the provocative post for supposedly “embarrassing” Catriona.

“You won’t like my comment but hey, you chose to be still in a relationship with the Miss Universe and the way you are posing and posting here [on] IG is somehow not the kind of post we expect from the boyfriend of the Miss Universe,” read the comment.

Clint, however, doesn’t see anything wrong with the post, instead having called out the netizen in question for being “sexist” with her comment.

“Just have a little laugh and get over it. It’s supposed to be funny if you let it. Besides, it’s my IG and it’s not like Catriona is now the queen of England wearing white gloves to the elbows. She has a ton of underwear pictures floating around. I think  it’s a bit sexist to say that the guy all of a sudden can’t,” retorted the model.

Meanwhile, while some didn’t take the post well, there were those who appreciated and admired Clint’s fit physique.