Netizens were sent abuzz after Catriona and Clint recently just followed each other on Instagram, stirring speculations of conflict between the couple 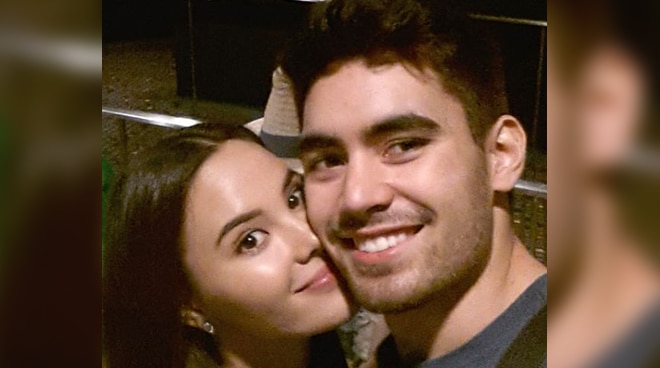 Model Clint Bondad has broken his silence on why he and his girlfriend, Miss Universe 2018 Catriona Gray, just recently followed each other on Instagram.

In response to a netizen who asked about the current situation of the couple, Clint clarified that the incident was nothing but accidental.

“I also accidenally unfollowed her once. We click each other’s account dozens of times a day. Finger literally just slip sometimes. Everyone can just calm down,” said Clint.

In another response, Clint explained why he just took down a post regarding his relationship with Catriona.

“I took them down. They were taken out of context,” said Clint.

It can be recalled that following the Miss Universe fuss, Catriona revealed that she and her boyfriend haven’t been able to catch up with each other since.

“I haven’t spoken to anyone except my parents yet. It’s been a whirlwind ever since I got on stage so maybe tonight, I’d be able to catch up with my team and family,” said the 24-year-old beauty queen.

Nevertheless, it appears that the two are still going strong as a couple, despite Catriona’s now-busy schedule as the new Miss Universe. As for her leaving the Philippines for New York to fulfill her duties soon, Clint is confident that they would do just fine in their relationship.

“This one year [with Catriona as Miss Universe] is not much a long time by. I'll just simply go with the flow.

“I guess we'll just gonna see each other, I'll travel to her to spend some time and, of course, write [to] each other what's happening,” said Clint in a recent interview.