THROWBACK: Catriona Gray gets a similar question given to Miss Venezuela 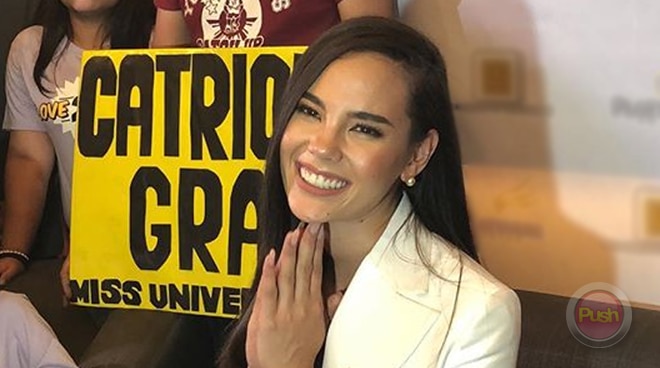 Miss Universe 2018 Catriona Gray continues to amaze netizens after The Bottomline with Boy Abunda reposted on social media that before competing in the pageant, she also got asked a similar question given to Miss Venezuela during thr Miss Universe’s top 5 round.

“What would you say to someone who believes that pageants are archaic and against the feminist movement?” was the question given to Sthefany Gutierrez of Venezuela while Catriona was asked “How will you convince a feminist that a beauty pageant like Miss Universe is still relevant in today’s society?” when she appeared on the show.

Catriona explained further and said, “I think and I believe that the whole aim of feminism is to support women in whatever they choose to do as long as it’s considerate and respectful for someone else.”

Host Boy Abunda was obviously elated with her answer and said, “Let’s stop this, you're ready.”